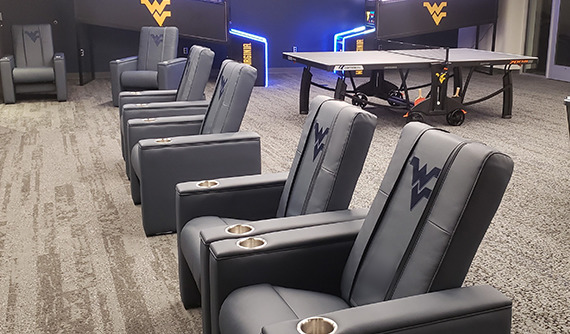 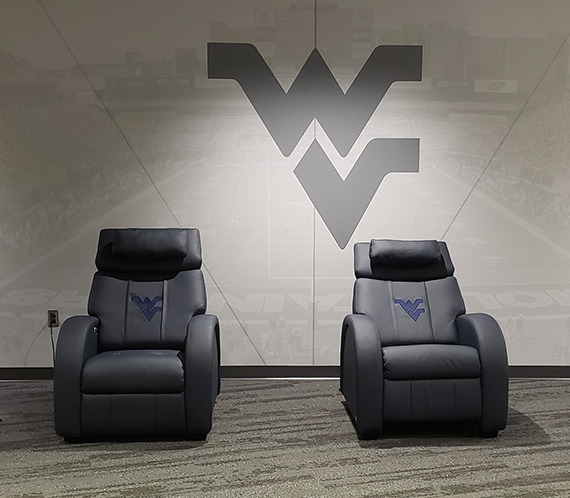 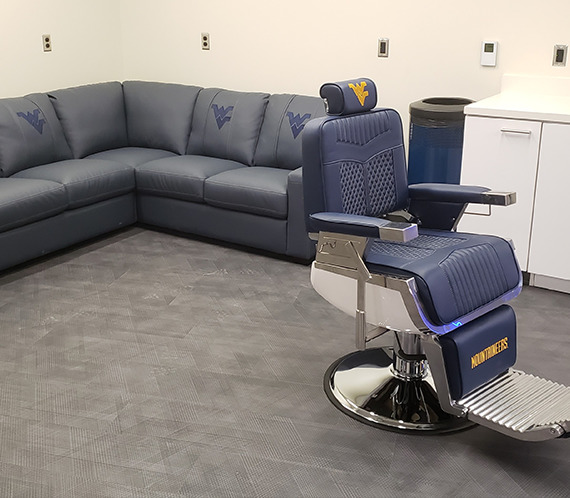 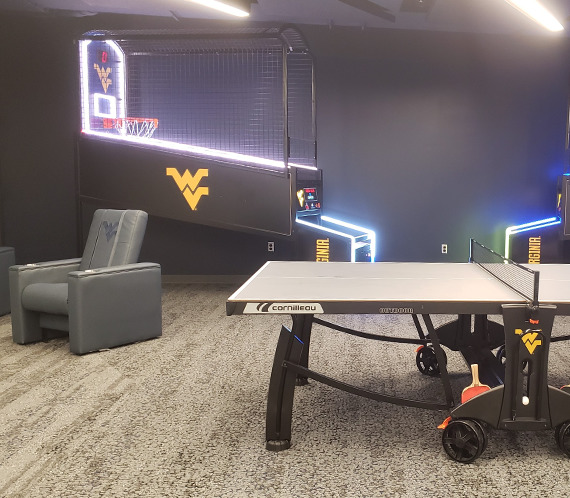 Problem:The WVU Football Locker Room recently underwent a huge expansion going from 5,625 square feet to approximately 11,125 square feet. Reflecting the new direction of Head Coach Neil Brown, while providing a much needed upgrade for the players and staff, the vision for the new Locker Room was focused on enhancing the openness of the center meeting space to allow for entire team meetings, offensive team meetings and defensive team meetings – all in one space. WVU also wanted to create a quite area featuring anti-gravity chairs and sleep pods where both the players and staff can unwind, relax and even nap before practice or between classes. The new players lounge needed to provide stimulation and games for the players to bow off some steam. “This is a big push by our administration to show that we’re all-in on building not only championship teams but a championship program.” Neil Brown said during an August 8th interview with WVUSports.com.

Solution: Having worked with the majority of the WVU athletic programs year after year, DreamSeat was thrilled to be working with them on this huge project and to see their view vision through. Creating a space that would both enhance openness while giving the ability to create smaller team meeting areas was an exciting challenge and achieved by using a mix of recliners, sofas and sectionals while the WVU quite area features the DreamSeat anti-gravity recliners. We rounded out the new players lounge with a mix of recliners and seating so players and staff can enjoy watching each other shoot hoops, play pool and just unwind. DreamSeat was also able to provide furniture for the WVU team barbershop proudly displaying the Flying WV logo and Mountaineer wordmark. As with many collegiate athletic lounges, DreamSeat understood the need to provide WVU with durable furniture that will withstand years of celebrations while fulfilling Coach Browns vision and team direction. This impressive addition creates a welcoming space for current player, recruits, alumni and donors while enhancing the program’s mission to build a championship program.

The Luxury Rocker provides high-end comfort in a compact and aesthetically pleasing design. The rocking back reclines 4.5 inches and replaces the traditional reclining mechanism. The chair has a static foot rest that allows it to be placed in row depths that standard recliners simply cannot. Made with high-quality commercial grade materials, the Luxury Rocker blends form and function exceptionally. Featuring the XZipit system so you can prominently display any brand, sponsor, or event logo. 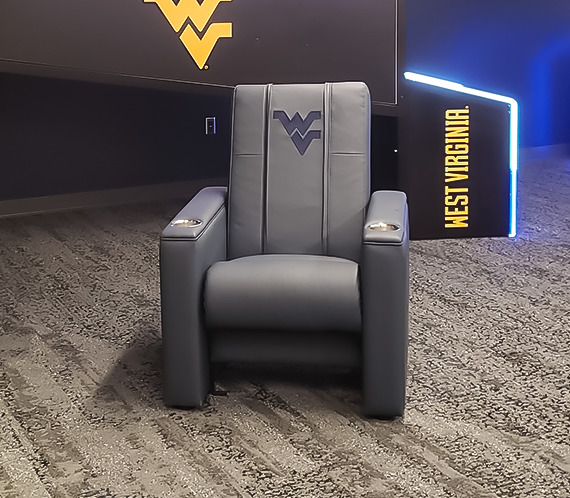 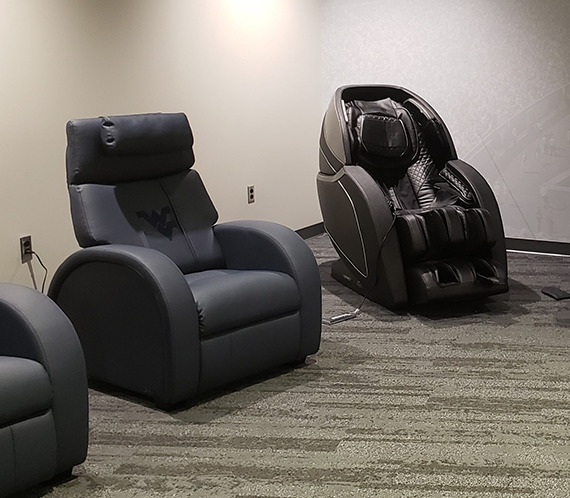 Experience comfort and relaxation like never before with the DreamSeat Zero Gravity Recliner. Recline all the way back and even lift your legs above your head with power reclining that puts you in control of your own comfort. Track arms offer a sleek look while the full chaise cushion provides full body support. The Zero G position helps you recover quicker from strenuous activity like work, working out, or sports. The perfect addition to your recovery room, locker room, or living room!

The great thing with the Westin Sectional is that you can create your own combination, so you get exactly what you want. The flexibility and versatility of this sectional makes it a great addition to any room size.

PLEASE NOTE: Not every sectional seat options is available with XZipit Logo Panels. Contact a DreamSeat Sales Rep for all specific details. 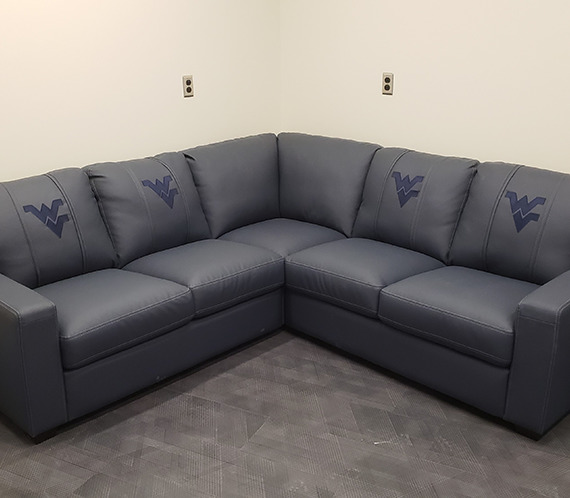 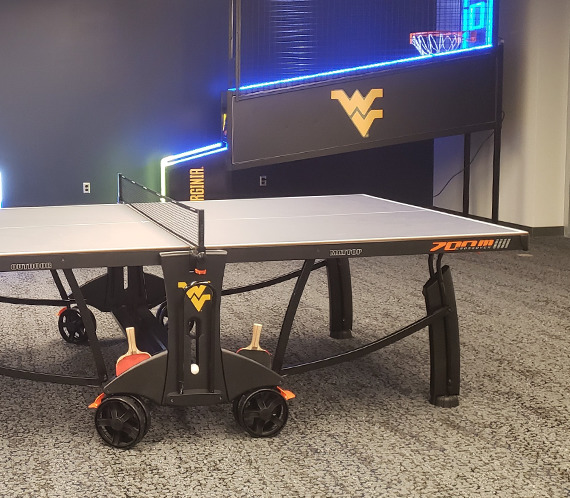 Choose from our wide range of game room products. From ping tables and air hockey tables to pool tables and shuffleboard tables, we have you covered.

We’re always open to new and innovative ideas that can take your facility to the next level. Contact us to discuss your next project or idea!